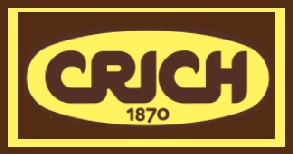 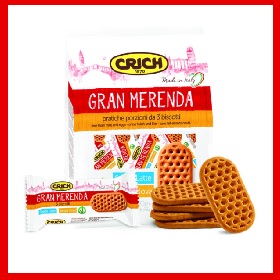 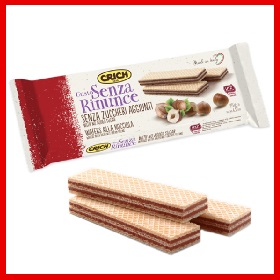 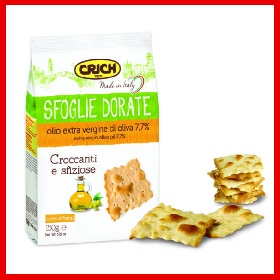 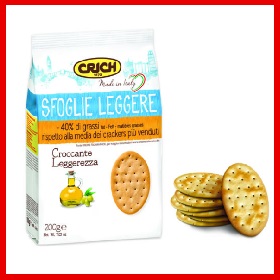 with extra virgin olive oil 5,4%
All the taste of a cracker but lightly 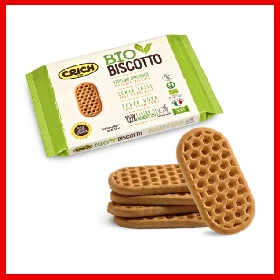 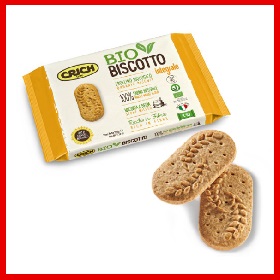 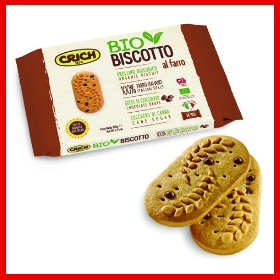 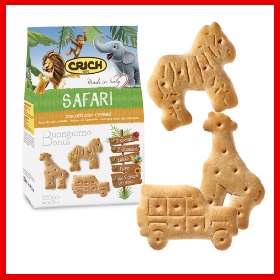 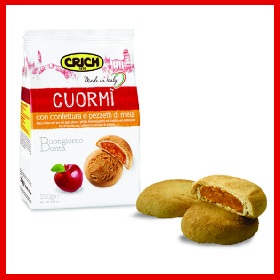 Nuova Industrie Biscotti CRICH SpA has always been an important Italian enterprise of bakery products from its inception until today.

Crich is a solid company with a great tradition of confectionery , specialized in the production and marketing of a wide range of baked goods, such as biscuits and shortbread biscuits, crackers, wafers and salty snacks .

The company entered in the various market segments through a combination of a high production capacity alongside the expertise in creating customized and diversified products.

Nowadays Crich is managed by the Rossetto family that has taken over in June 2002 by implementing a decisive turnaround plan with important technological investments in order to improve efficiency, competitiveness and increase its presence in the domestic and international market.

The innovative ideas combined with the values ​​of the best traditions of Italian desserts, in addition to the solid production experience, are the main ingredients of the business model of the Rossetto family.

More than a century of Goodness

Today the company, entrusted to the family Rossetto, is engaged in an ambitious development plan, designed to improve the quality and production efficiency through technological investments, flexible management policies and a constant commitment aimed at research and innovation.

Thanks to a dynamic entrepreneurial culture and a consolidated know-how, the company intends as a supplier of private label products both the domestic and international market, helping to spread the “Good Italian Taste in the world”.

On October 8th, 1988 is celebrated the 25th anniversary of the founding of Industrie Biscotti Crich SpA and the 100th anniversary of the founding of CRICH, at the presence of the local state authorities.
Anni60
Further to the death of the founder in the 60s, under the guidance of the children, a modern and efficient biscuit factory is developed, which is even then characterized by a wide range of products, still today recognized and appreciated worldwide.

After the success of the brand, the company experienced years of continuous expansion, slowed by the difficulties of the two world wars.

The first industrial core is created in 1931 and developed further in 1948.

In 1950 the company engages over a hundred people in the area.

In 1903 Crich is awarded for the first time with the gold medal for the goodness of its products at the fair in Castelfranco Veneto (TV).

In 1890 arises the brand “CRICH”. It seems that the name derives from an incorrect pronunciation of the surname Cristofoletto by an official of the Hapsburg Empire.

The company originated in 1870 by the famous family of Treviso Cristofoletto, known bakers and confectioners before then, from which originates a historic and noble tradition of biscuits ‘as homemade’.